One of the main guidelines to the SDRCC’s one-on-one peer support is practicality over psychology. A distinguishing feature of the coalition’s behavioral health support is a focus on integrating some elements of western health care without sacrificing some existing traditionally held wellness practices. The connection between brain, heart, and body, and the intersecting treatment of all three is unfamiliar to many of the community members the SDRCC meets with. This can lead to a general hesitancy around medicine, difficulty seeking and finding therapy, and an even greater sense of isolation. The SDRCC attends to both the cultural and medical needs of its clients.

A distinguishing feature of the coalition’s behavioral health support is a focus on integrating some elements of western health care without sacrificing some existing traditionally held wellness practices. 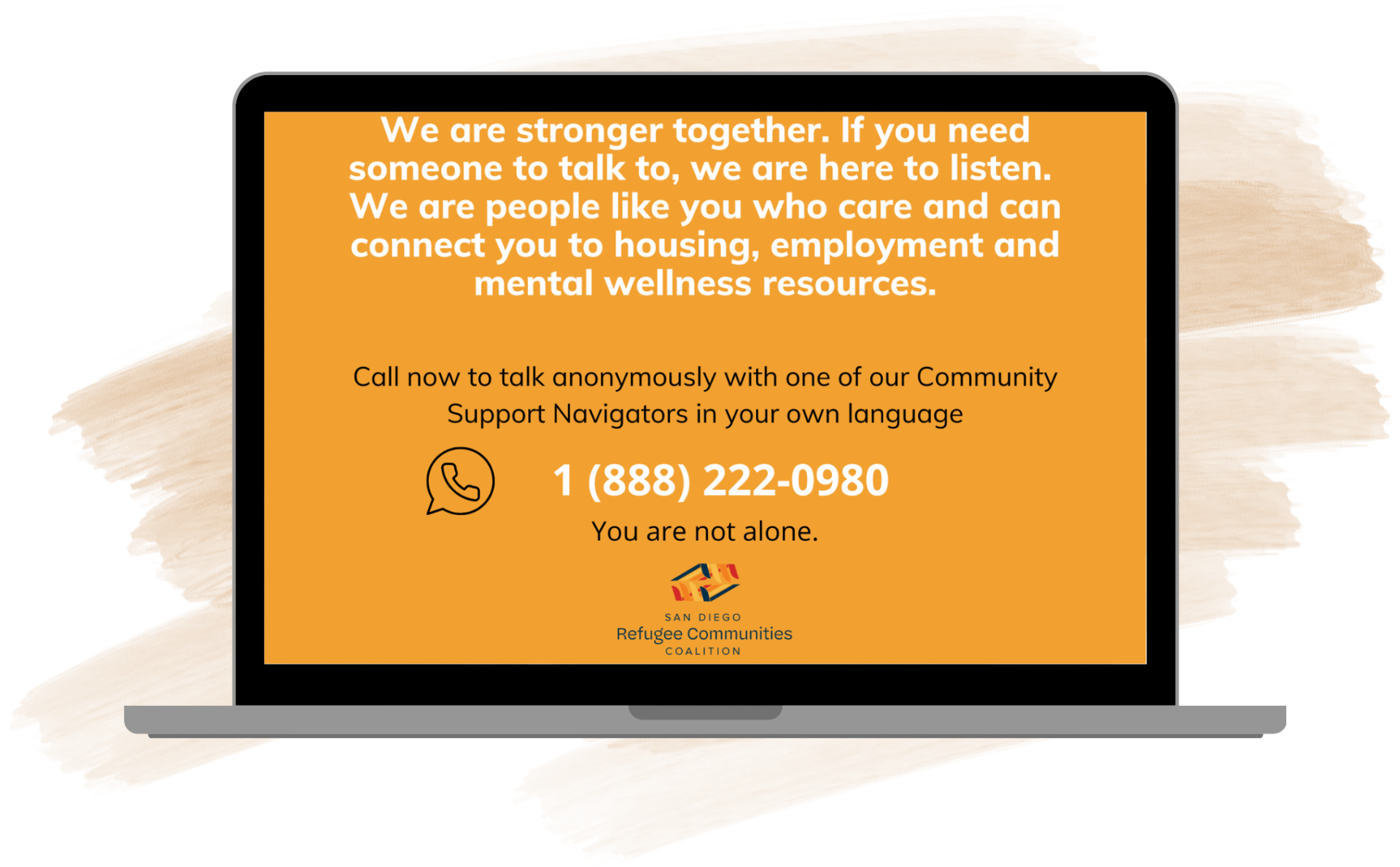 Refugee communities often have a different understanding of behavioral health compared to the larger population within their host nations due to lived experience, cultural differences and other factors that are unique to refugees. In the United States, the current wave of refugees is primarily from Central America, the Middle East and Africa (Afkhami et al., 2019). Refugees from these regions have suffered through armed conflict and both ethnic and gender-based violence in strikingly high numbers (Afkhami et al., 2019; Kirmayer et al., 2010; Keller et al., 2017). Refugees are exposed to high levels of trauma resulting in higher rates of post-traumatic stress disorder (PTSD) in addition to an overall decline in physical health outcomes (Afkhami et al., 2019). Migration and resettlement of migrants and refugees also bring on their own set of stressors that contribute to mental health problems (Kirmayer et al., 2010).

Mainstream approaches to behavior health services and interventions are not accessible to the refugee populations, and even if accessible they are often inappropriate. This is a systemic issue that is deeply rooted within the American healthcare system which often does not cater to this population (Kanagaratnam et al., 2021).
There are currently 3 million refugees living in the United States, yet the barriers to the health of these multiethnic refugee communities are not well understood (Feinberg et al., 2020). Research shows that very few health data sets identify refugee status among participants, presenting barriers to understanding refugees’ health and health care needs (Semere, et al.2016; Kanagaratnam et al., 2021). Furthermore, the behavioral health needs of refugees is insufficiently studied as a result of a lack of data on assessment, referrals and treatment of refugees (Afkhami et al., 2019).